Enterprise and industry are the two key wheels that keep the juggernaut of any economy moving. Successful businesses are legacies of men with vision who not only lead the multitudes or drive trade in a particular sector but impact overall economic growth, set tone for the future and make headway even in the most challenging directions.

JRD Tata better known as the “Renaissance Man” was one such visionary whose dream was the keystone in the arch of India’s industrial evolution and the country’s economic growth. JRD’s legacy remains unmatched and his story continues to inspire enterprise, no matter which field it is directed towards.

The Associated Chambers of Commerce and Industry of India (ASSOCHAM) instituted the JRD Tata Memorial Lecture in the year 1998 – it is an annual lecture series that not only commemorates and honors JRD’s contribution to industry, but each year brings insights, inspiration and ideas from a distinguished personality.  These speakers are stalwarts in their own field and are people of eminence.

The JRD Tata Memorial Lecture, 2014 is the 17th in the series, with Bharat Ratna Prof. CNR Rao bring the distinguished speaker this year. Prof. Rao is a veritable force in the field of science, with his major contributions being in solid state and structural chemistry. He has also contributed extensively to nano materials and hybrid materials. He has 60 honorary doctorates from universities across the world and serves as the head of the Scientific Advisory Council to the Prime Minister.

This year’s JRD Tata Memorial Lecture is being sponsored by Gemstoneuniverse. It brings us tremendous pleasure and pride to announce that Gemstoneuniverse is one of the three principal sponsors of the event the other two being Standard Chartered (the banking major) and Schunk (one of the world’s biggies in manufacturing of automation components). We are thankful to ASSOCHAM for giving Gemstoneuniverse the opportunity to sponsor such a prestigious event.

Gemstoneuniverse supports knowledge building and believes that this component is integral to flourishing of any enterprise. We solicit your support and encouragement towards building a better economic community.

Gemstoneuniverse is the Only company dealing in Planetar Gemology that has been featured in the prestigious Wall Street Journal and the Fortune Magazine. For recognition and awards please cick here. 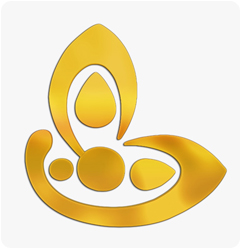