Help! My Astrologer says that my Emerald has become white because it has prevented big accident yoga and the Jeweller says that the Emerald has soaked up all my negativity - The Gemstone Pyramid and the truth about Indian Taste Ka Ghatiya Maal

Well, it is an outright scam and this particular nexus of the Astrologer and the Jeweller is at best an UNHOLY ALLIANCE . Time to change both!

Well, the next logical step was to ask him to show his goods. The parcel he opened was of a non gem grade beryl rough heavily treated with Joban-Color dyed oil (more about this later). Showing them and with a big grin says: “Only $1(INR 45) per carat emerald for 1000 carats, Top Quality Indian Taste Ka Ghatiya Maal “ (Literally translated: specific material for Indian Taste consumer/ jeweller who seeks out the cheapest low non gem grade material, and this stuff ranks highest in that category).

Our response made him disappear in less than 30 seconds but the revelation about the Indian Jewelers taste and the sweeping Generalization about the consumer preference spoilt our entire day.

This is the country that has given the world most prized gemstones in the world and Indians have had taste for the best gemstones throughout the ages. There was a time when in India Diamonds below the weight of 3 carats were not even valued and traded for they had no time. They were occupied in grading and trading of Diamonds above 3 carats! -this is a historical fact. Do read Tavernier’s travels in India and you will know about the glorious Gem culture of this great country.

The above low- cost non-gem grade material is bought by unethical jewellers at $5( INR 225) per carat and then retailed to consumers who have been recommended to wear a 5 carat emerald by the Astrologer at a price point of $22-$44 per carat( INR 1000-INR 2000) per carat. No wonder people are seen wearing a 5 carat Emerald for a net price of $110/-. Removal of accident and negativity is of course free! The mathematics of sourcing gems at cost $1 and selling at a price of $ 44 – Whoa! this is too cool a business! 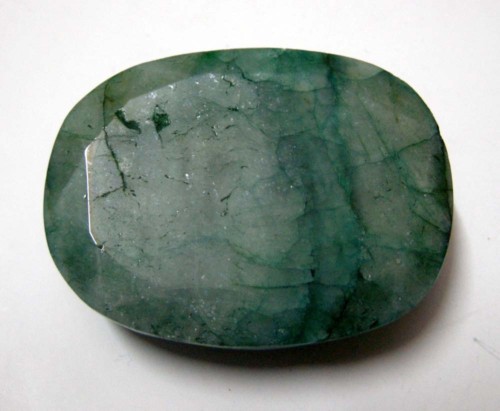 The stone in the picture above is not a gemstone. It is Non-Gem Grade beryl that has been treated with Joban. Joban is green colored oil - Oil that has been made green by adding a plant based dye . This is the most common treatment of choice in commercial grade goods coming from India and sold in India.

Leave alone Jyotish even in the Gem Trade it is considered as an UNETHICAL treatment. The green oil seeps into the white non gem grade ore to make it look like a beautiful Emerald. Eventually with normal usage the oil dissipates leaving what the mineral actually is. When the consumer is perplexed by the change in the stone, he is taken for another ride by the Astrologer who hands him out a candy by saying the color evaporated and has saved you from a major accident and by the jeweller who says that it has absorbed all negativity and that’s why it has become white . Producers of these goods justify Joban Treatment by saying; It is just like the make-up your wife puts on . (A demeaning statement that could spell trouble eitherway!) 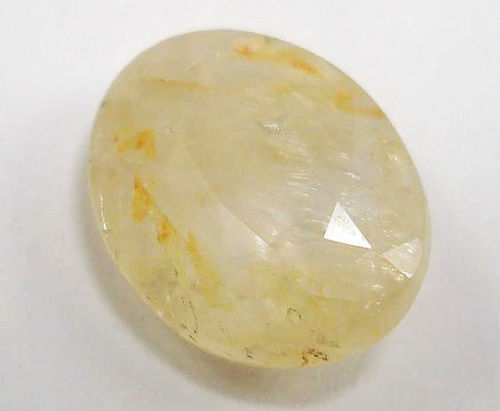 India is the land that has given this world the sacred and powerful science of Navaratnas and their profound impact on Human life. Yes there are miracle cases where a Blue Sapphire becomes cracked by preventing a real time accident and saving a life but none of the sacred Navaratnas/ sacred nine gemstones- Ruby, Natural Pearl, Red Coral, Emerald, Yellow Sapphire, Diamond/ White Sapphire, Blue Sapphire, Hessonite and Cat’s Eye change color or become white if they are natural, untreated and Jyotish Quality! 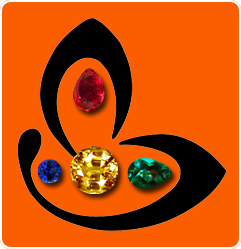