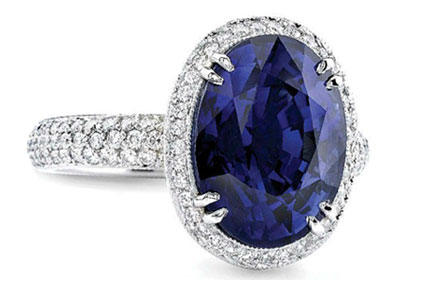 The human body is an amazing piece of creation. Its form and function never ceases to amaze, whether one considers the body on a gross physical level or on a more subtle energy level. While doctors are masters at understanding its physical intricacies, - ensuring correct treatment and ministering processes and remedies that reinstate health - life itself has a subtler, indefinable substance and essence at its core. In terms of holistic treatment, no malady or ailment confines itself to the physical body alone. The roots may be traced deeper, and energy deficits or imbalances at a tenuous level can be addressed. 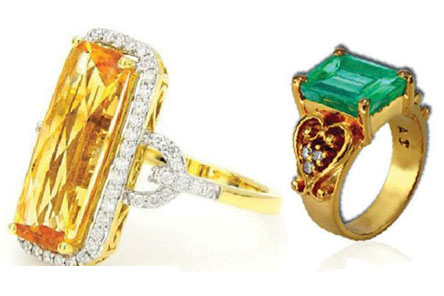 This is where alternative medicine and healing steps in. Gem therapy is an integral part of this belief system and has been practiced for thousands of years. References to gemstones used as a therapeutic tool can be found in several ancient texts. In fact, the word ratna, meaning gemstone in Hindi, is found in the very first stanza of the Rig-Veda.

What is a gemstone?
Before one attempts to learn about gem therapy, it is essential to know what a gemstone really is. A gemstone, as defined by the Gemological Institute of America (GIA), is a mineral that is rare, precious, and durable. In terms of energy, a healing gemstone can be defined as a nugget or a parcel of pure, unadulterated planetary energy, formed over hundreds or thousands of years in the womb of Mother Nature. A bauble or trinket manufactured in a lab (synthetic) or a factory (imitation) is not a gemstone. Neither are those treated ones that have been subjected to chemical processes to improve their aesthetics and fetch a better price.

Healing Through Planetary Gem Therapy
In Vedic astrology, anything and everything that exists, including the human physiological system, its heart and desires, its actions and thought forms, is actually the interplay of the nine planets or navagrahas. Each planet has a corresponding gemstone believed to be the repository of that planetary energy. Planetary gem therapy is quite different from crystal healing. While properties of crystals (tumbled gems usually) are used to address diseases or chakra imbalances, planetary gem therapy is a highly customised energy healing technique. It is based on the insights derived from a horoscope reading, applying the principles of Vedic astrology. As the first step, the birth chart (also known as horoscope/ kundali/jatakam) of an individual is cast using the parameters of date, place, and time of birth. The horoscope is a coded 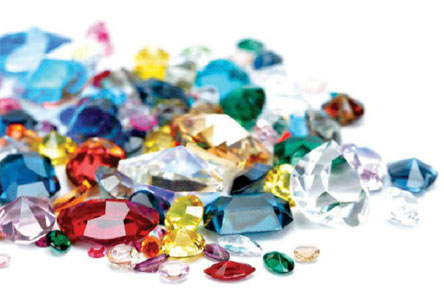 A bauble or trinket manufactured in a lab is not a gemstone. Neither are those treated ones that have been subjected to chemical processes .

map, a blueprint of an individual's life. While a lot more can be read from it by the perceptive eye, for the purpose of planetary gem therapy, the astro-gemologist is able to understand energy deficit or overflows, and can then suitably compensate or plug them using gemstones - jyotish gemstones.

Gemstones not only supply the required energy in a consistent manner, but also form a protective energy field that allows an individual to selectively absorb what is good for them.

To achieve the best results from planetary gem therapy, two factors are of utmost importance; getting a proper recommendation from a qualified astro-gemologist; and While the susingjyotish gemstones. There is a world of difference between lust wearing a stone or gemstone and a jyotish gemstone. The latter is completely natural, treatment free and flawless. Shastras define certain flaws/doshas to look out for in gemstones. If there is a dosha present in a gemstone, it is not suitable for gem therapy. 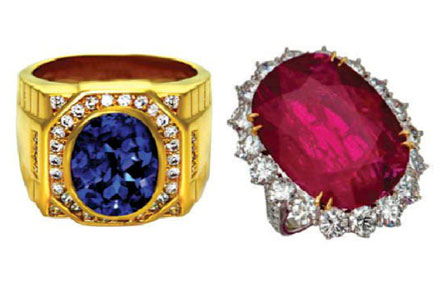 How does planetary gem therapy work?

Planetary gem therapy works by harnessing the planetary energy to work towards an individual's advantage. The therapy follows the Grahanukulwad school of thought, in which the friendly planets are strengthened to bring about better life experiences. The individual's healthier and balanced state is a direct outcome of being in a higher state of vibration than before.

Not only does it attract more fulfilling and wholesome life experiences, but is a sure indicator of wellness not only in physical but emotional and spiritual body as well. The nine motor navratnas - the maharatnas are all coloured gemstones corresponding to the colour of respective planetary energy. Colour is nothing but energy of a particular wavelength, and is present in precious gemstones.

The natural gemstones are formed over millions of years and carry extraordinary powers. These gems are the guardians of secret pathways to evolution, the keepers of the spirit's truth - the witness to the tourney of souls over and over in each lifetime. And it's amazing how nature offers this incomparable treasure for the human being to re-script the destiny.

The author, AbhijitaKulshrestha, is the Director, Astrologer, Gem advisor at gemstoneuniverse.corn. She is a GIA and PGA-certified astro-gemologist and also an NLP practitioner certified by NFNLP, Florida.

Therapeutic Gems And Its Healing Prowess