You are here: Home / Article Knowledgebase / Identity Secured –Journey of a Natural Brazilian Emerald to the Realm of Precious 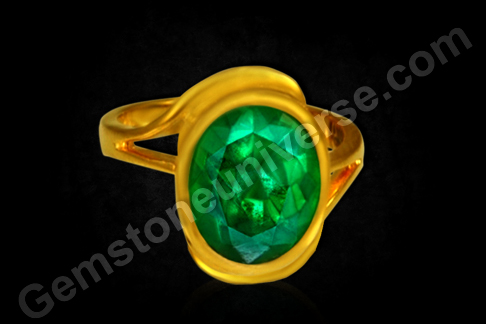 Of the many origins of the fascinating emeralds, Brazil finds a mention too. Infact, it is one of the world’s major producers of natural emerald, besides being the producer the largest varieties of colored gemstones in the world, nearly 90 in number! It is a vast nation with a rich tapestry of geographical factors that have contributed to its natural wealth.

The discovery of emeralds in Brazil though was a fairly late occurrence as recent as early 1960’s. Even then, it was a struggle for this gem to find recognition as a true precious gem as enjoyed by its peers from Colombia and Zambia.

In 1963, Jules Sauer, the renowned owner of Amsterdam Sauer and gem dealer, found beryl in Salininha in Brazil’s Bahia State. As far back  in time as reckoning went, the world of gemstones knew and categorised “emerald” as green beryl colored by the trace element chromium. The problem arose because the Brazil Bahia emerald were colored by both vanadium and chromium more of its color coming from vanadium. 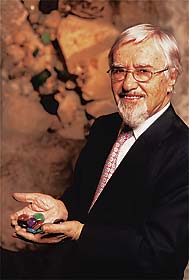 It was only when he submitted specimens to Gemological Institute of America (GIA) gem lab and obtained its identification and certification as precious emerald, did the world sit up and take notice of the Brazilian emerald. The Brazilian emerald is remarkable with its vivacious rich green color. In the good quality, brazil emerald it is easy to notice the innate glow of the gem, which adds a lot to its value.

Most of the Brazil emerald comes from the state gem state of Minas Gerias. The forms of mining vary from the almost primitive ways of men going down mining shafts in a leather harness, to the state of the art machines operating at the surface level. Most of the emerald occurs here in mica, biotite and talc schists.

Selected Rings, Pendants and Talismans made available to Gemstoneuniverse.com patrons in March 2013