You are here: Home / Article Knowledgebase / MAHA SHIVA- AND HIS RATRI- The Legend Gem of Mahashivarathri

How is Lord Shiva connected to the Nine 9 Gems 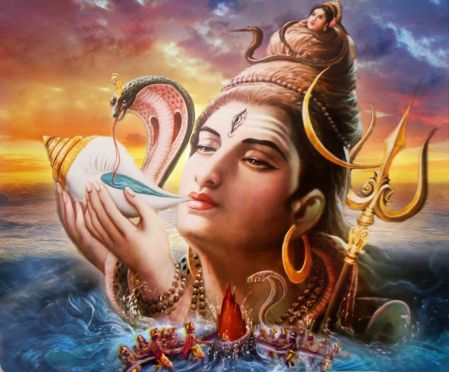 Festival of Mahashivaratri is the most important festival for the millions of devotees of Lord Shiva. The festival has been accorded lot of significance in Hindu mythology. It says that a devotee who performs sincere worship of Lord Shiva on the auspicious day of Shivaratri is absolved of sins and attains moksha.

Even till date, devotees of Lord Shiva perform the ritual worship of Shivaratri with care and devotion. They observe day and night fast and give sacred bath to Shiva Linga with honey, milk, water etc. Hindus consider it extremely auspicious to worship Lord Shiva on a Shivaratri as it is believed that worship of Lord Shiva with devotion and sincerity absolves a devotee of past sins. The devotee reaches the abode of Lord Shankar and lives there happily. He is also liberated from the cycle of birth and death and attains moksha or salvation.

From wearing tiger skin to smearing his body with ash to smoking a chillum, he has a personality unlike other gods – the one who makes mistakes and learns from them, the one who dances with a free mind, the one who leads a simple life. And it is always interesting to read stories and facts about him. No wonder Shiva is everyone’s favourite.

Also known by the name of Neelkantha, Shiva got the blue neck after drinking the poison, Halahala, during the Churning of Ocean (Samudra Manthan) to get the elixir of life (Amrit).

The legend says that during Samudra Manthan, the ocean of the milk was being churned by the devas and asuras, the first thing to appear was a dark sticky foam, the poison Halahala that had the power to destroy the universe. Soon, its fumes started to spread in the air and water. Shiva drank it to save the world. Goddess Parvati caught hold of his neck to avoid the poison from entering his body and so it remained in his throat making it blue coloured.

Shiva- The Kapali- The Bead-(Rudraksh)

Shiva’s body is always covered with ash and his devotees wear an ash tilak. It is said that he wears ash to remind his devotees about reality, and foolishness of getting enamoured by physical beauty.

The story goes like this. One day the powerful sage Parnada was cutting some grass when he cut his finger and instead of blood his finger oozed the sap of a tree, and he was filled with pride. Shiva who witnessed this event took the guise of an old man and asked him the reason for his delight, and Parnada said that he had become the most pious man in the world. But the old man questioned the sage’s joy saying that it was just sap; when trees and plants are burned they turn into ash. The old man demonstrated it by slicing his finger and spilled ash. Sage Parnada realized that it was Shiva before him and asked him to forgive his ignorance.

Shiva- The Shaktidutt – The Red-RUBY

Goddess Kali is regarded as the most fierce and destructive form of Shakti.

Once upon a time, Rakta Beej, a powerful demon could duplicate himself as soon as a drop of his blood touched the Earth. He was soon uncontrollable. Hence, Shakti in the form of Goddess Durga was summoned to kill the demon. As soon as she wounded him, his blood fell on Earth and the demon kept on multiplying. Enraged by this, the Devi took the fierce form of Kali and slayed each demon and drank his blood immediately. After she consumed the army the Goddess became mad with blood lust and slayed the innocent. The Gods approached Shiva for help who lay down among the corpses. Accidentally, she stepped on Shiva and soon realised her mistake and calmed down which made her tongue stick out.

Among the number of legends associated with Ganga and Shiva, the most famous one goes like this:

Once, Bhagiratha asked Brahma to bring the river Ganges down to earth to purify the souls of his ancestors and help them to attain nirvana. Brahma asked Bhagiratha to propitiate Shiva, for only he could break Ganga’s landfall. Ganga arrogantly flew down to earth but Shiva calmly trapped her back in his matted locks and let her out in seven streams; Bhagirathi, Janhvi, Bhilangana, Mandakini, Rishiganga, Saraswati, and Alaknanda. She then followed Bhagiratha, who lead her to his ancestors and with her purity, released their souls.

Shiva – The Tandavadhari – The Emerald

Shiva takes the form of Nataraja to suppress Apasmara – the symbol of ignorance.

One of the interesting legends related to Shiva’s tandava goes like this: Once, the dwarf demon Apasmara challenged Shiva. Shiva took the form of Nataraja and performed the famous Tandava, eventually crushing the arrogant Apasmara under his right foot. Since Apasmara should not die to preserve the balance between knowledge and ignorance, it is believed that Lord Shiva forever remains in his Nataraja form suppressing Apasmara for eternity. His Nataraja avatar is a message that ignorance can only be overcome by knowledge, music, and dance.

It is said that the three rounds of the snake around his neck depicts future, present and past.

Well, there are numerous tales associating snakes and Shiva. According to one, during Samudra Manthan, the churning of the ocean, Shiva drank a deadly poison. It is believed that there were also some snakes in water who did the same. Impressed by this act of snakes, Shiva accepted Vasuki (king of snakes) around his neck. However, in another version of this story, the snakes helped Shiva keep the poison in his throat.

There is another legend which says that the snakes found on his body became ornaments during his marriage with Parvati. Also, it is said that Shiva made ornaments out poisonous snakes and submitted it to Parvati as gift. Snakes, especially cobras, are said to carry ‘mani’ (rubies) in their head that served as lamps during night to Parvati and Shiva.

There is a reason why this mighty lord is called Chandrashekhara. The word ‘chandra’ means moon and ‘shekhara’ means crest or peak. The moon adorns the head of Shiva, which is explained as the peak – point of any human being. During, the Churning of Ocean, when Lord Shiva consumed Halahala, his body temperature started rising. As it is believed that the moon is cool in its demeanor, he placed the moon on his head to lower his body temperature.

Here’s another story. Daksha Prajapati, one of the sons of Lord Brahma, had 27 stars as his daughters who were married to the moon. However, the moon had a special attraction towards one of his many wives – she was Rohini and this caused trouble for the other wives. Daksha then warned the moon to treat all his wives equally but it didn’t listen. Due to this, he cursed the moon that it would lose its shine day by day. Soon it started losing light and took refuge in the ocean. Without the moon, the balance of nature got disturbed as the lives dependent on the light of the moon started suffering. To end this, all deities requested Shiva to do something. The moon then took refuge in Shiva’s matted hair. He succeeded in making the moon grow in size for 15 days and then wane for another 15 days, (which is why we see a full moon and a new moon!).

The story goes like this: Surabhi, the original mother of all the cows, began to give birth to a lot of cows. The milk from all these cows flooded the home of Shiva. Angry at this disturbance to his meditation, the god struck the cows with fire from his third eye. Seeing this, the other gods sought to calm Shiva down by offering him a magnificent bull – Nandi, the son of Surabhi and Kasyapa, which he accepted and rode. Nandi also became the protector of all animalsThe Chaturdashi Tithi (fourteenth) of Phalguna (as per the Purnimant calendar) or Magha (as per the Amavasyant calendar) Krishna Paksha (waning phase of the Moon) is dedicated to Lord Shiva. This day is known as Maha Shivratri, while the other Krishna Paksha Chaturdashi Tithis are called Masik Shivratri. Devotees of Lord Shiva observe a day-long fast, remain awake all night and perform puja during Nishita Kaal (midnight)

On this auspicious occasion GEMSTONEUNIVERSE wishes you the blessings of Shiva Shankar to be with all of you. May his glorious divine and merciful attributes remind us of our own abilities and strive to lift ourselves to heights. 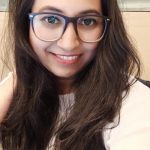 Mahima is a Senior Sales Associate at Gemstoneuniverse.