You are here: Home / Article Knowledgebase / Gemstoneuniverse Wishes all a very Happy Makar Sankranti and Pongal 2021 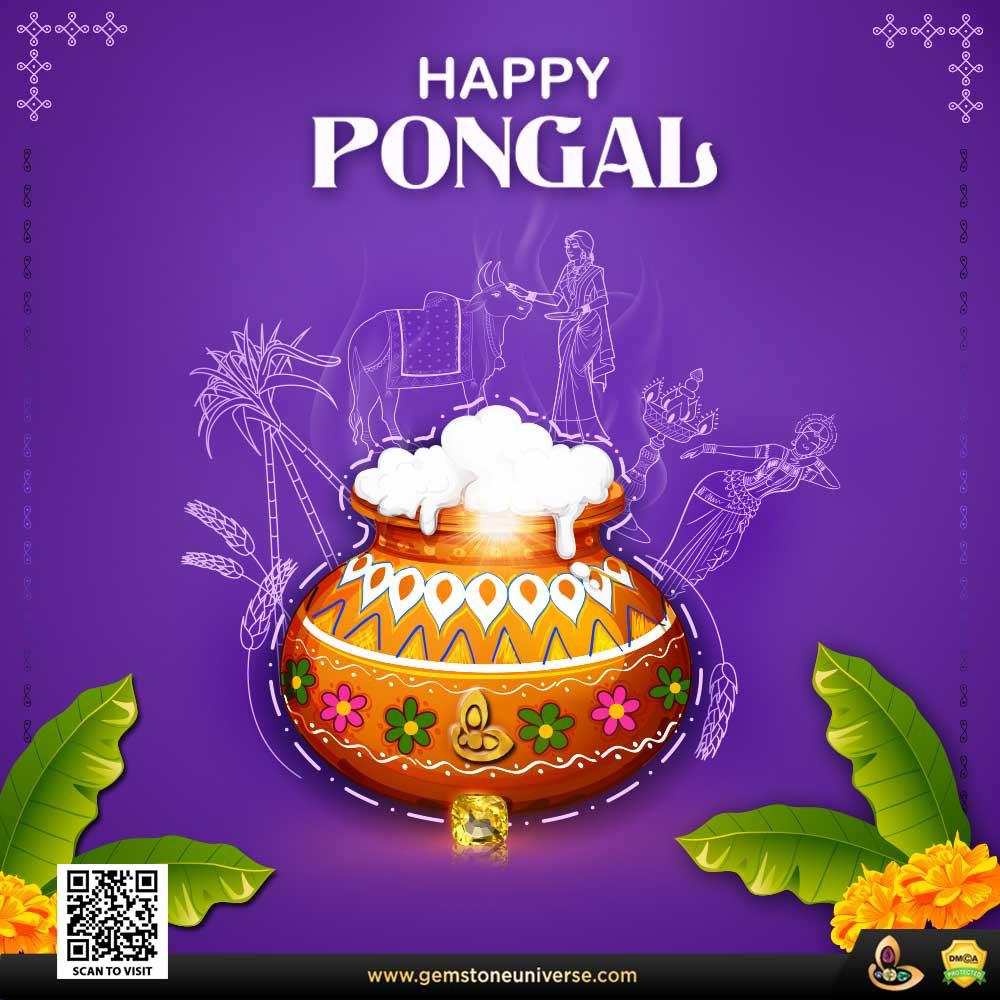 Sankranti brings lots of my childhood memories. In childhood days, I used to get a new dress for the festival which used to be silk blouse and skirt. I just loved it. Then on that day, we used to get up early take bath and do pooja. There will be yummy food, which includes, pongal, avarekaalu sambhar, rice, rasam, sweet potato sabji, papad, pickle. We were just tired of eating. 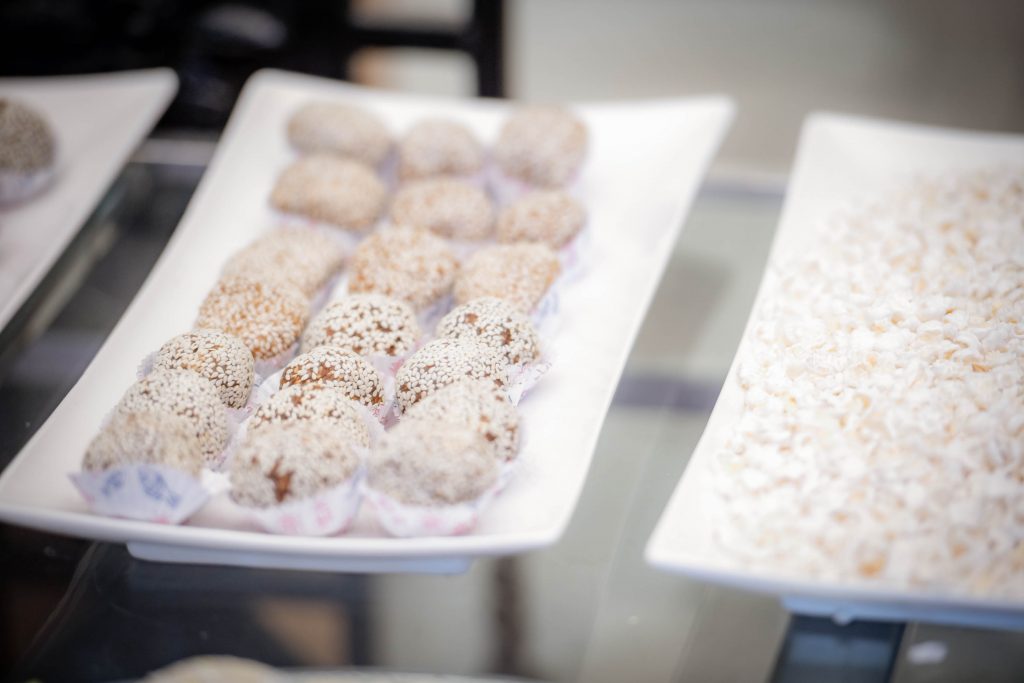 Til Sweets are a staple During Makar Sankranti

In the evening, we used to get dress up and carry a bag which had Ellu Bella Packet (the Packet contains, White sesame seeds, Jaggery, roasted ground nut, chopped dry coconut) along with Sakkare Achu (It is made up of Sugar candy) and sugarcane. We used to go to all the neighbours and hand over these things to them. This ritual was called Ellu Birodu. It was lots of fun in childhood days, as we used to put competition as who will go to maximum houses.

I hope the new year has begun well for all of us. In India with the new year comes the festival of Makar Sankranti. Makar Sankranti like other festivals also has its own historical and religious significance in India. It is dedicated to Surya Devata (Sun God). It also refers to a specific solar day in the Hindu calendar. On this auspicious day, the sun enters the zodiac sign of Capricorn or Makar rashi, which marks the end of winter month and start of longer days. This is the beginning of the month of Magh.

I hope the new year has begun well for all of us. In India with the new year comes the festival of Makar Sankranti. Makar Sankranti like other festivals also has its own historical and religious significance in India. It is dedicated to Surya Devata (Sun God). It also refers to a specific solar day in the Hindu calendar. On this auspicious day, the sun enters the zodiac sign of Capricorn or Makar rashi, which marks the end of winter month and start of longer days. This is the beginning of the month of Magh.

Why is Makar Sankranti called festival of donation?

One of the important aspects of Makar Sankranti is giving charity. It is believed that people who perform charitable deeds earn a place in heaven. It is interesting to note that in Hindu society the art of giving is categorised in three ways: Dakshina, Bhiksha and Daan It depends on the nature of activity or cause at the receiver’s end and giver’s intention. The meanings are often confusing, as people use the same term differently in different context. 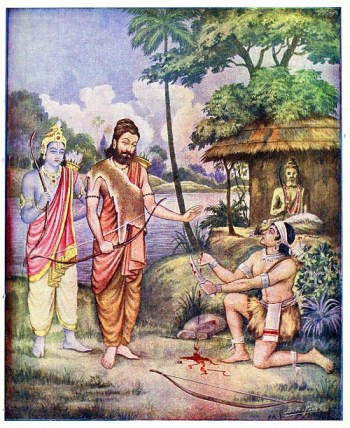 Ekalavya’s Donation of his thumb to his Guru

Dakshina: It is basically repayment for goods and services received. Unlike goods, which are tangible, services are intangible and so evaluating their worth is always a problem. In the olden days, the idea of demanding payment for services was restricted to Brahmins who performed rituals, built and maintained temples, and even helped kings set up villages and collect taxes. When Raja Harish Chandra disturbs Rishi Vishwamitra’s yagna, he makes amends by offering his kingdom. So that this gift is not seen as daan, or charity, Vishwamitra asks the king to give him an additional dakshina for the service of cleansing him of the crime of interrupting a yagna.

Bhiksha: It is giving away alms to support a cause. In bhiksha, the receiver is in debt. So, they repay in intangible ways â€” granting blessings or karmic merit to the giver.Â Young Brahmin students would also beg for food and offer blessings to those who fed them. Even today, in Buddhist countries, people line up on the street to offer food to the monks who travel with begging bowls. This ritual earns good karma for the donor.Â In Hindu temples, pilgrims give money to temples, priests and to beggars in the neighbourhood. Though they call it daan, but they seek spiritual merit, say blessings in exchange, making it bhiksha.

Daan: It means giving away in charity, at right place, at right time and to right person. To do daan, is to expect nothing in return.  In daan, the giver writes off the loan. The receiver is under no obligation. Hence, doing daan was considered greater than giving dakshina and bhiksha. In both, dakshina and daan, the intentions matter most.

In the Puranas, we keep hearing stories of Karna, who is called daanveer, and we always wonder why he has a tragic life despite being so charitable. This is because we confuse bhiksha with daan; in daan, nothing is expected in return. So, Karna does not get any benefit despite being charitable. When he donates his armour to Indra, he is left vulnerable. He does not earn merit or blessings; he earns nothing. To do daan, is to expect nothing in return. To be truly detached from possessions and expectations. It is the highest form of giving.

In history we have read about Bhamashah, who is also called daanveer. He offered all his wealth to Maharana Pratap to continue with mission to fight Mughals, without expecting anything in return.

There are no exact English equivalent words for them. Words, such as Donations or Charity are often loosely used in this connection.

My gratitude to Devdutt Patnaik (Mythologist) and Dr Janki Santoke (Vedanta Scholar) for useful inputs from their write ups and lectures.

Tradition of charity in different states

The day begins with a bath in a river, lake or sea, when water is offered to the Sun god. Makar Sankranti is an auspicious festival; hence people donate items to the poor and underprivileged. Some of the items donated are food, blankets, clothes, etc. In Rajasthan and Uttar Pradesh, it is mainly the festival of donation.

In Uttar Pradesh, on this auspicious day people do fast, eat and offer khichdi. Also, Khichdi Mela is organized at Gorakhdham in Gorakhpur.

In Bihar, Makar Sankranti festival is known as Khichdi. On this day, donating urad, rice, gold, woollen clothes, blankets etc. have their own importance.

In Maharashtra, all married women donate cotton, oil and salt to other suhagin or married women on their first Sankranti, while performing haldi-kumkum ceremony.

In Bengal, there is a tradition of donating til after taking bath in Makar Sankranti. Huge fair is also organised every year in Gangasagar.

On Makar Sankranti, people express their gratitude by worshiping the Sun god in various forms. Any meritorious deeds or donation during this period is considered auspicious.

What is so special about Maker Sankranti?

On this day, the sweets made of til (sesame) are exchanged and eaten. In Gujarat, kite-flying competitions take place. In Rajasthan, married women offer snacks such as til-patti, gajak, til laddoo and ghevar. In South India, crops are harvested and festival is known as Pongal. PongalÂ is also the name of a sweetened dish of rice boiled in milk and jaggery that is ritually consumed on this day. In North India, Lohri is celebrated on the eve of Makar Sankranti. Huge bonfires are lit and sweets, puffed rice, etc., are offered to fire. Hindus in Assam call it Bhogali Bihu.

Other integral parts of the festival are fairs or melas, bonfires, dancing, feasts, and flying of kites. The Magh Mela, which continues for one month on the confluence of Ganga, Yamuna and Saraswati in Allahabad, starts from the day of Makar Sankranti only. In fact, Diana L Eck, a Harvard University professor and specialist at Indology, writes,The Magha Mela has also been mentioned in Mahabharata. This means that the festival has been there for around 2000 years.

Such festivals bring people closer. Each festival has a message to teach us the value of peace and tolerance.

Happy Makar Sankranti to all.

Mahima is a Senior Sales Associate at Gemstoneuniverse.