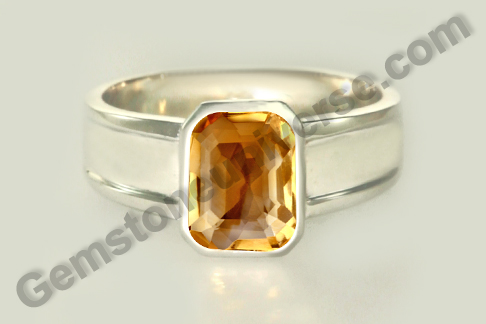 Featured today is a magnificient Imperial golden Yellow topaz of 3.71 carats from Brazil, set in sterling silver as a Men’s Topaz ring. Do note the great clarity of the gem and the excellent lustre it displays. The golden Imperial Yellow topaz is in a classic emerald cut that helps bring out its appeal.

The most famous Imperial yellow topaz belt lies in the area of Ouro Prêto in Minas Gerais, Brazil. The beautiful gem is often confused with the more commonly available Citrine. Imperial yellow topaz can however be differentiated from citrine on count of its greater hardness, density, and brilliance among other factors. The word ‘Imperial’ was added to the Topaz in honor of the Brazilian royalty, as it was the only significant gem in those times that was mined in the area. 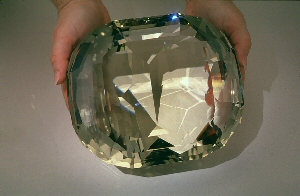 Meanwhile, feast your eyes on the American Golden Topaz. It is a behemoth at 22,892.50 carats, the largest cut yellow topaz in the world, and one of the largest faceted gems in the world.